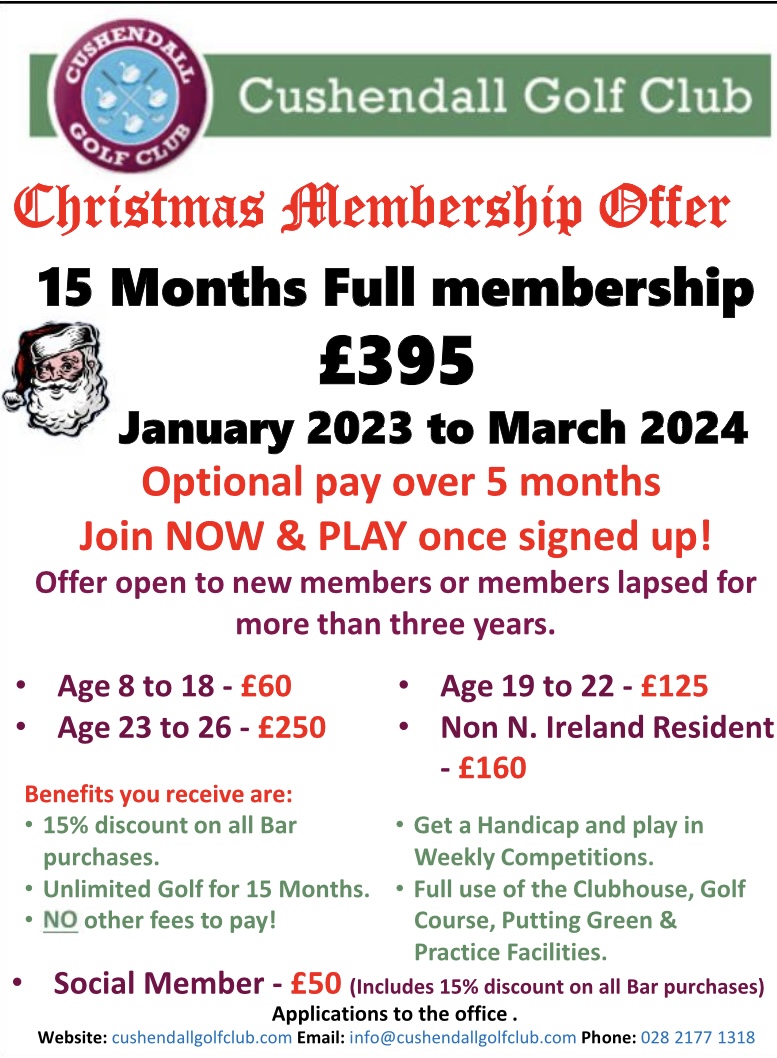 FAIRWAY MATS COMPULSORY FROM MON, 14TH. AVAILABLE FROM BAR/OFFICE AT £5.00. REFUNDABLE FOR VISITORS.

Sunday 13th November - 7.30pm Tickets £12 on the door
After Melissa by Jane Coyle
Starring Ruairi Conagahgn as Quiery, Caitriona Hinds as Justine and Sanja Novic as Mellisa
Irish writer Eamon Quiery has returned to his home place in Donegal after living for some years in the Egyptian city of Alexandria. With him is a child, the silent, orphaned daughter of a nightclub dancer called Melissa. As he struggles with writing a memoir of his experiences in an exotic faraway country, he is hauted by the memory of two women, Melissa and the wealthy socialite Justine Farad, bith of whom he loved in different ways. After so long away, homecoming proves a challenge. As he scruntinises the very meaning of 'home' and 'family', Quiery questions whether anyone can return to familiar territory and really belong.

Little Gem by Elaine Murphy - 'Hilarious and poignant' three women find strength in each other and discover the beauty and complexity of family.
Somgs and Poetry of The Gold Rush with Martin Blayney

As part of The Glens Storytelling Festival join us on Sat 22nd Oct (8pm to 10pm) for An Evening of Tales and Tunes - follow the link to purchase your tickets - https://www.armstory.org.uk/event-details/an-evening-of-tales and-tunes